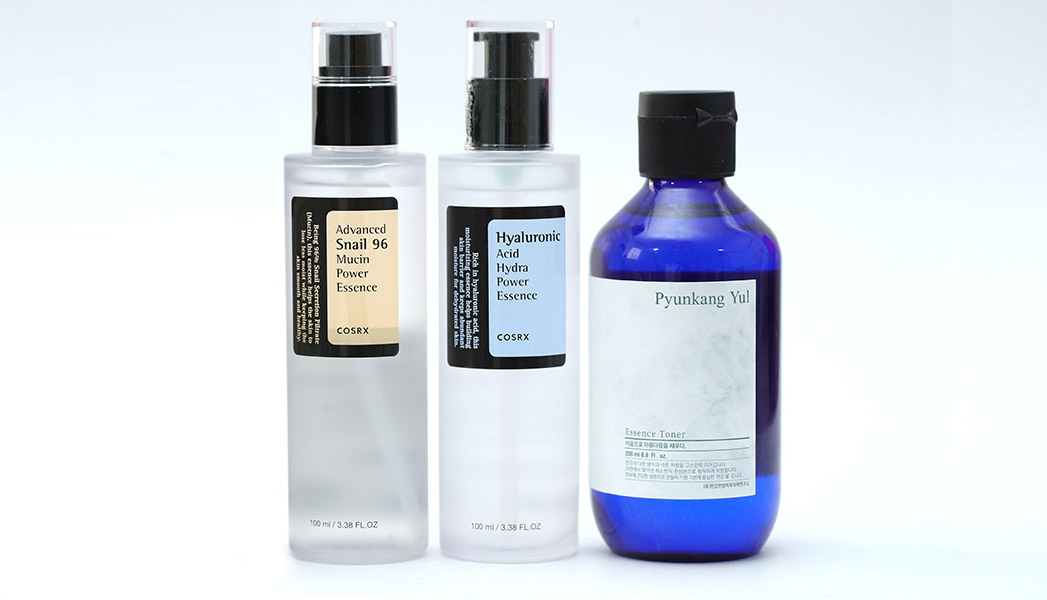 The essence as a product category originates from the Korean beauty industry and acts as a base for moisturizing serums and / or creams providing many benefits to the skin. The essences contain soothing, hydrating and brightening ingredients of low molecular weight for maximum absorption into the skin.

Simply put, the essence is predominantly used to enhance the action of all other products in the care routine. The active ingredients from the routine products that follow the essence will penetrate even deeper into the skin, making the whole care routine optimally effective.

This is another step in the care routine, but if you want hydrated and radiant skin, the so-called “glass skin” look, a light layer of essence will help you with that.

I introduced it a long time ago and I have to admit that it is one of my favorite steps in my care routine. The use of essences requires very little time and the effect is instantly visible.

In the abundance of Korean products on the market, which I have tried myself, I bring those that have interested me and I find them worthy of attention. 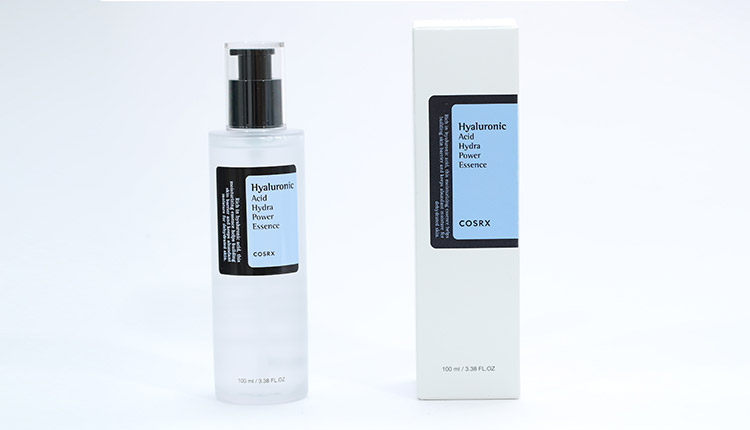 Formulated with a high concentration of hyaluronic acid, Cosrx Hydra Power Essence, according to the manufacturer, deeply hydrates the skin. It can be used for all skin types and is applied in the morning and evening routine.

The essence contains a minimum number of ingredients: dog thorn hydrolate, glycerin, hyaluronic acid and panthenol. It does not contain alcohol, artificial fragrances and essential oils. 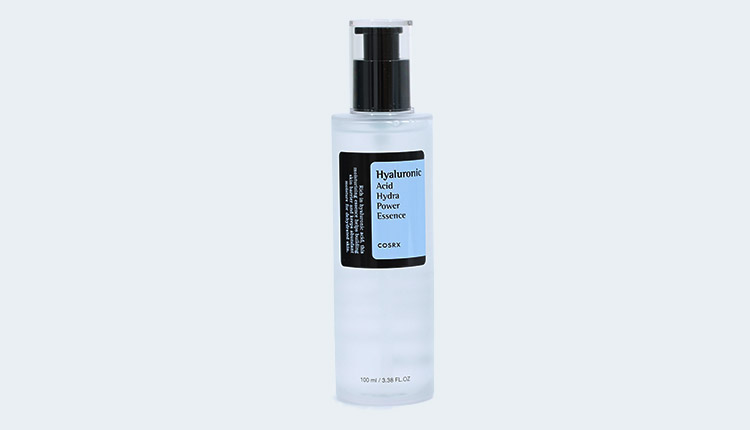 The effect of this essence is instantaneous and if you have dry, mature skin or simply need extra moisture during periods when your skin is dehydrated or permanently dry, this is the product for you. The manufacturer states that it is for every skin type, and since hyaluronic acid is always a desirable ingredient in care, I believe it suits every skin type.

The packaging is practical and hygienic, by pushing on the pump you dose the desired amount. The bottle is transparent, which allows you to always see how much more product you have left. He taps his fingers on the clean skin of the face and neck and continues with the care. It is transparent and has a thicker, gel-like texture, unlike other similar hydrating essences, ie it resembles serum more in texture and does not leave a sticky film on the skin. In combination with the rest of the care, it significantly contributes to skin hydration. 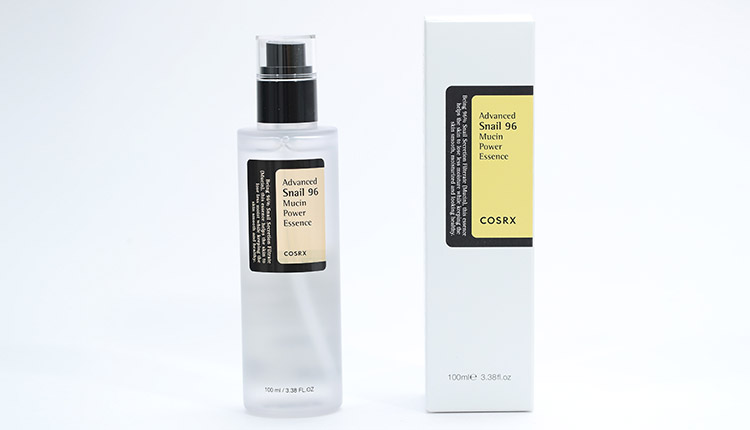 Cosrx Advanced Snail 96 Mucin Power snail mucus essence contains 96% snail mucus filtrate, hence the name of the product, which according to the manufacturer protects the skin from moisture loss and keeps it smooth and healthy. This Cosrx essence is one of the most famous products with snail mucus and due to its high concentration it can also be called pure snail mucus.

If you love Korean cosmetics, you’ve probably come across snail slime many times. Korean cosmetics manufacturers often use this ingredient and praise it for its restorative and hydrating effect on the skin. It is claimed to act on almost all skin problems, from its dryness, redness, acne and scarring to the signs of aging.

How is snail mucus obtained? According to the manufacturer, the snails are placed on the net in a dark and quiet room. For about 30 minutes, the snails are left alone to move freely around the net, leaving mucus. Throughout the procedure, snails or mesh substrates (nets) are not exposed to external stress that would force snails to produce mucus. The collected mucus is then processed to properly stabilize the product and make it suitable for cosmetic use before being sent to Cosrx. Animal testing is illegal in Korea, and animal abuse is a current topic that has sparked many controversies. 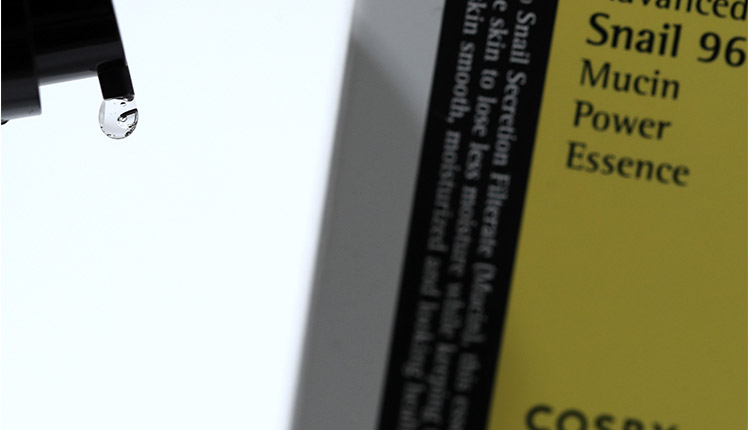 A 2007 study showed that snail mucus truly regenerates the skin and has antioxidant properties. Also, snail mucus stimulates fibroblast proliferation, which is especially important during wound healing, and reduces the action of MMP enzymes that are activated under the influence of UV radiation or inflammatory processes and break down collagen and reduce its formation. All these results support the fact that snail mucus not only acts on wound healing and skin regeneration but also confirms its great anti-aging potential.
So if you don’t have a problem with the slightly weird or animal-derived ingredients in grooming products, it’s worth a try. 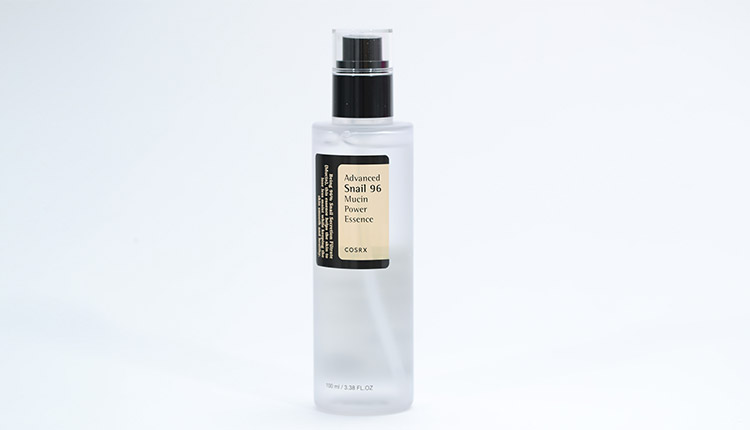 In addition to snail mucus, it contains phenoxyethanol, hyaluronic acid, allantoin, panthenol and water. The essence does not contain alcohol, artificial fragrances and essential oils.

I admit that I have a problem with using this product because of the snail mucus because I am not sure how ethically it is obtained and yet I will not buy this product again or any other with this ingredient. I avoid products that contain ingredients of animal origin and prefer vegan cosmetics. For the purposes of this review, I have tried it and I can confirm that it has a hydrating, soothing and anti-inflammatory effect.

I believe that for hydrating combination skin, this essence is a great choice and for all those who have small acne scars because it has a whitening effect on blemishes. The texture is transparent and gel-like, quite sticky, and is dipped with the fingers into the clean skin of the face and neck. As with Cosrx hyaluronic essence, the packaging is practical, pump-free and easy and hygienic. A quantity of 2-3 thrusts is enough for one application on the facial skin. I combined both Cosrx essences, first I applied hyaluronic, then the one with snail mucus and my skin was hydrated, smoothed and shiny. 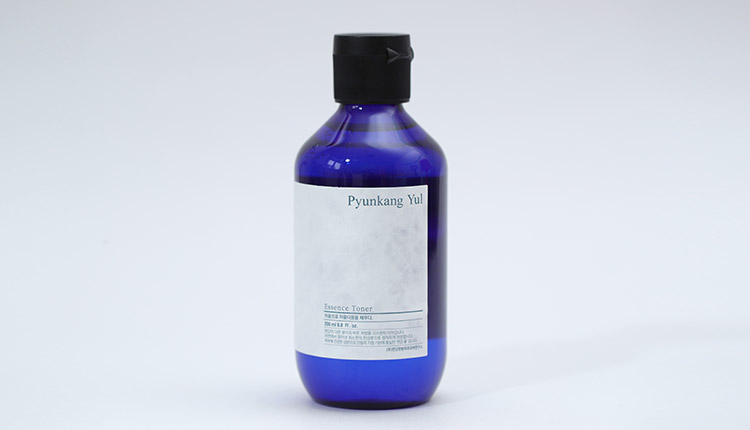 Interestingly, there is no water in Pyunkang Yul essence / tonic, but 91.3% of this essence / tonic is astragalus root extract, full of betaine and minerals useful for the skin. In addition to its antioxidant and anti-inflammatory properties, astragalus root extract enhances the absorption of ingredients, and this gel essence is quickly absorbed into the skin, hydrates it and strengthens its barrier. The philosophy of the Pyunkang Yul brand is “less is more” and they use a minimum number of safe and gentle ingredients in their products. The Pyunkang Yul product line originated at the Pyunkang Yul Eastern Medical Clinic in South Korea.

Astragalus Membranaceus or Huang qi, as the Chinese call it, is one of the most famous Chinese medicinal plants traditionally used to strengthen “qi”, i.e. the life force of the body. It has immunomodulatory, antihyperglycemic, anti-inflammatory, antioxidant and antiviral properties.
Modern research proves that Huang qi is a medicinal plant that contains an abundance of bioactive compounds such as saponins, flavonoids and polysaccharides.

The essence is water-soluble silicone, (Bis-Peg-18 Methyl Ether Dimethyl Silane) which is added to liquid products for a silky and smooth texture. 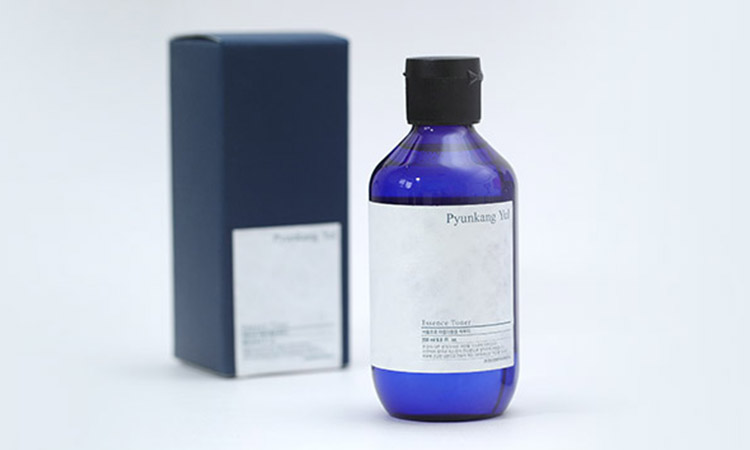 In skin care, the plant Astragalus Membranaceus is used to hydrate the skin and has anti-inflammatory and antioxidant effects. Usually 1% or less concentrations are used in most formulations.

Pyunkang Yul essence has a transparent and gel-like texture, and I like it because it is not too liquid, nor too thick, and it is quickly absorbed into the skin. It is applied by dabbing with the fingers into the skin of the face, neck and décolleté. Pyunklang Yi essence is my favorite among Korean essences because of its medicinal-natural composition with anti-inflammatory and soothing effects. Each of these essences requires a serum and cream after application, and the use alone will not have a sufficient hydrating effect.

This product is recommended if you practice the “7 skin” method, ie layered application of a product like this by dabbing on a cleansed face 7 times in a row, which allows better absorption of moisturizing ingredients and better hydration of the skin. After applying seven layers of essence (toner), apply a moisturizer. This method simplifies the more complex Korean care routine, which can include up to 12 products, ie steps, and the result is hydrated, elastic, soft and shiny skin. 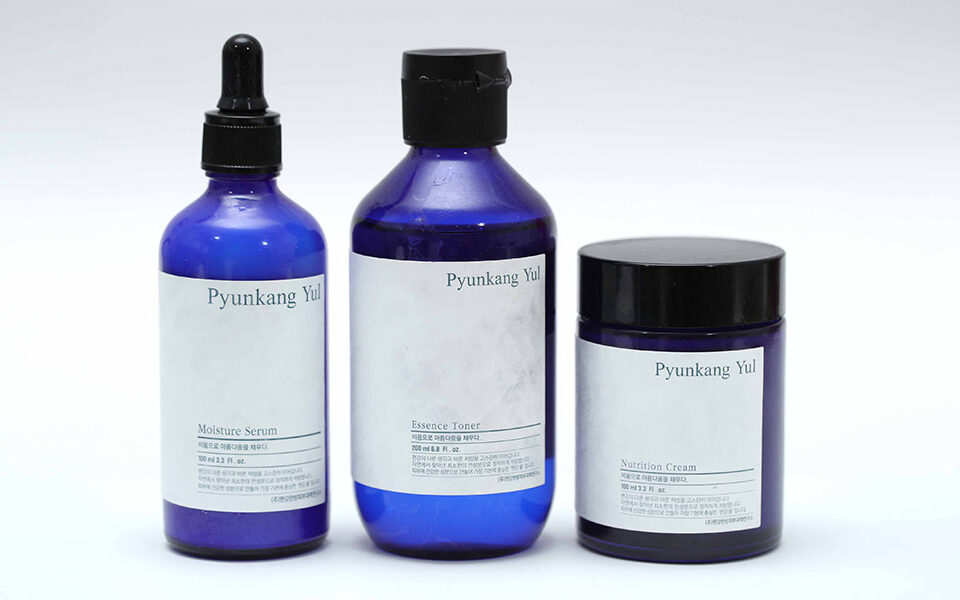 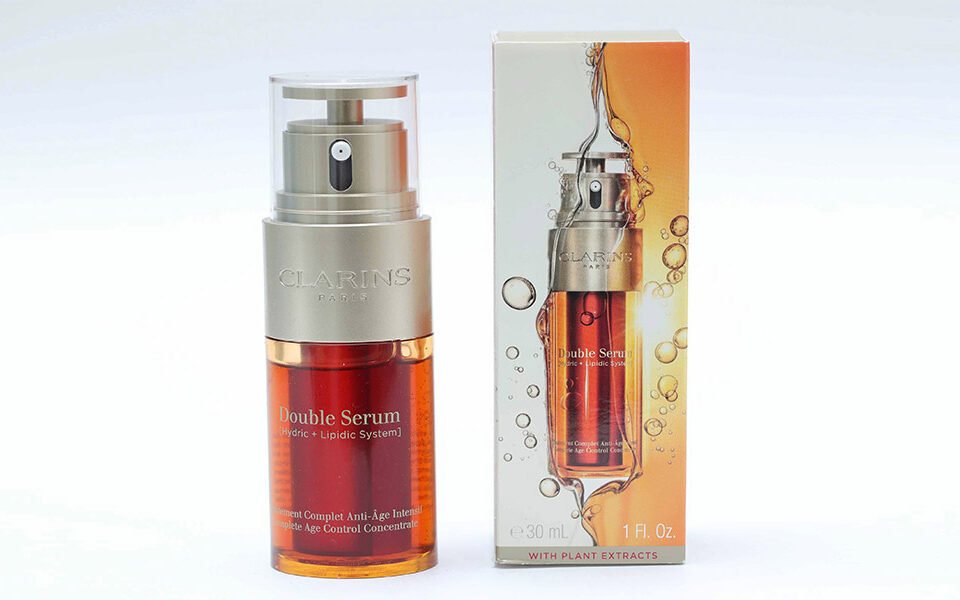 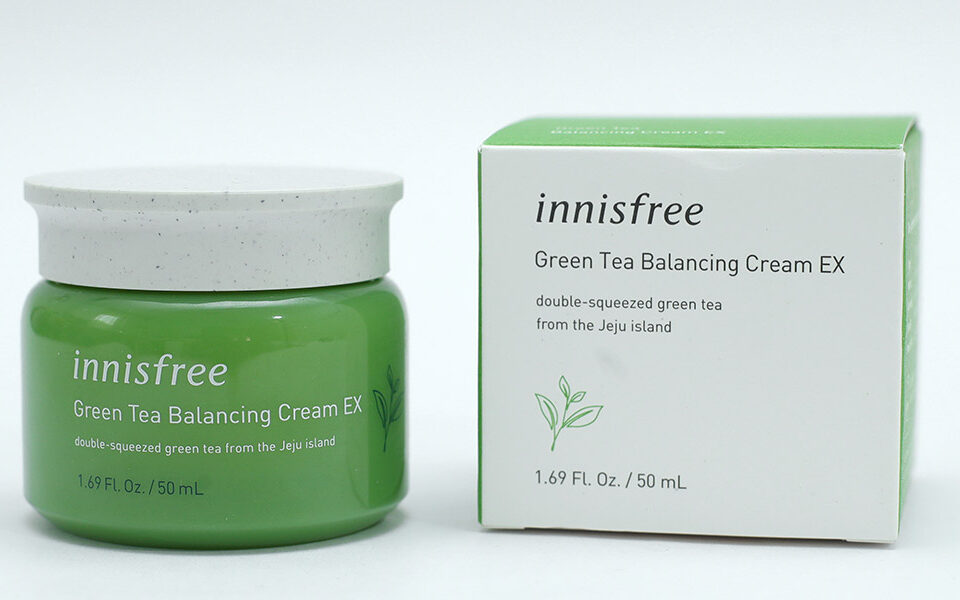