Iceland – I’m dreaming now, and I’ll be back soon 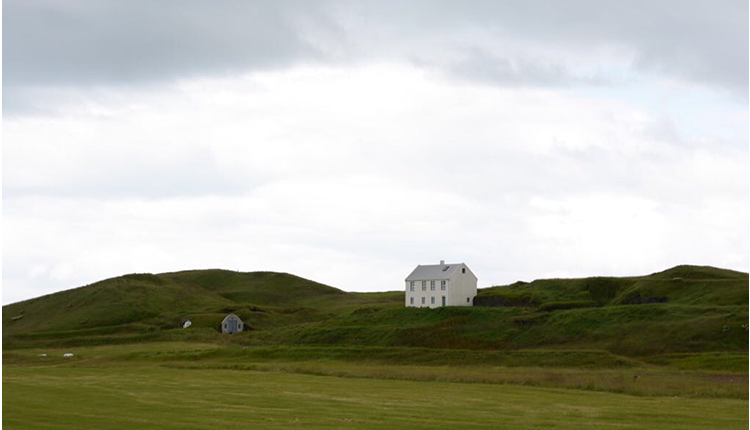 I have long planned a visit to Iceland, that distant island European country, primarily known for its amazing nature. Geysers, volcanoes, glaciers, glaciers, indigenous Icelandic horses, spectacular black beach, puffin bird, land of book lovers, important cinematography, I studied all this with interest in Zagreb and waited for the day when I will finally set foot on the ground of this special country.

Iceland is one of the countries with the highest literacy rate of the population (99.99%), and as their language has changed very little over history, even today they can easily read medieval works. Literature is highly valued here, and Icelanders read the most books per capita in the world. Statistics say that every tenth inhabitant publishes an author’s book. The love of reading is seen everywhere, the windows of family houses and apartments in the capital are full of books because they obviously serve as shelves.

Iceland has a population of 332,000, and interestingly, there is no army there. A similar army is played by the Icelandic Coast Guard, whose primary task is to protect Icelandic waters from illegal fishing. There is almost no crime there, the crime rate is among the lowest in the world. Not even the police carry weapons.

Apart from the capital Reykjavik where we stayed for the first two days, we spent the rest touring the famous Golden Circle route. We rented a car and enjoyed for five days in that unreal environment where mountains, volcanic black soils, waterfalls, and lagoons alternated.

If you land at Reykjavik Airport at night, as we do at midnight, you will be surprised by the liveliness and traffic that takes place there, as if it were noon. The name of the city of Reykjavik in free translation means a bay of smoke, and it was given to it by the first settlers because upon their arrival the area was shrouded in smoke due to numerous hot springs. Icelanders are descendants of Danish and Norwegian Vikings who arrived on the island around 870.

The city has about 120,000 inhabitants. Summers are low temperatures, around 15 degrees Celsius, and winters are long and cold. Reyykjavik is a city of interesting architecture, most of the buildings and houses are low and there are very few tall residential buildings. At the top of the city, the hill stands the Hallgrímskirkja church, which is reminiscent in the design of Icelandic mountains, glaciers, and basalt rocks, but is even more impressive from the inside due to its elegant vault and tall, thin pillars.

Voyager, a sculpture on the shore, resembles a Viking ship and is a mandatory “photo-point”, and is located near the new and modern Harpa Concert Hall. Traffic in the city is negligible, residents ride bicycles en masse.

Reykjavik Harbor offers numerous whale and bird puffin watching tours. Puffins are birds of predominantly black and white feathers with a large orange beak and are the mascot of Iceland. They live in colonies along the shores and cliffs, and Icelanders serve them in restaurants as a specialty.

If you want to eat well in Reykjavik, or anywhere in Iceland, it will cost you a lot. Food and beverage prices are astronomical, and you can only buy alcohol in bars and restaurants. High prices are justified by the necessary import of food, and taxes and levies on alcohol are extremely high. For tourists, the prices are insane, but Icelanders with their high average salaries can handle them well and in principle, live well. Only 1.1% of the population declares themselves as upper, and 1.5% as lower class, the other 97% classify themselves as middle or working class. There are almost no class inequalities in society.

The Icelanders have solved the once-great problem of alcoholism with well-thought-out preventive measures and reduced teenage intoxication to a minimum. Everyone speaks English fluently. The city has a special atmosphere; radiates tolerance, humor, and relaxation.

We came across countless humorous inscriptions and graffiti on the walls of buildings and houses, plaques in front of cafes, and bus stops. They decorated the whole city with graffiti and they really are real works of art, unobtrusive and witty.

The Blue Lagoon is one of the most visited Icelandic attractions whose thermal waters are not natural, as most people think, but were made by human intervention. Namely, the Svartsengi geothermal power plant discharges water with a temperature of about 37 to 39 ° C, full of sea salt, blue-green algae, sulfur and white silicon (and many other minerals), and various processes, before it ends up in the pools, additionally clean of bacteria.

There, with many other visitors, we soaked and relaxed for half a day, and smeared our face and body with white silicon mud, after which our skin was extremely soft.

The Golden Circle is a 300-kilometer-long tourist route that connects the three most popular sights of Iceland; a geothermally active valley with geysers and the largest geyser Strokkur, Gullfoss waterfall, and Thingvellir National Park.

By the way, the geyser is an Icelandic word, and the Golden Circle is also popular because of its proximity to Reykjavik, so these natural beauties can be visited by car or bus from Reykjavik in half or one full day. The ride is pleasant and fun, we stop every now and then because almost every scene is worth photographing. Along the way we stop and feed and photograph beautiful, blue-eyed Icelandic horses.

We drive on through the rainy Golden Circle and after a 2-hour drive from Reykjavik we come to Gullfoss waterfall.

We continue to the geothermal valley and its biggest attraction Geyser Strokkur, which every 8 to 10 minutes throws out water and steam about 20 meters in height. The smell of sulfur emitted by geysers, Icelanders say, comes from the stench of bathing trolls. By the way, Icelanders keep their tradition, and stories and legends about elves and trolls are still gladly retold.

Thingvellir National Park is special because it shows that Iceland is located on the mid-Atlantic ridge, an underwater mountain range 10,000 kilometers long and about three kilometers high. This is where the Eurasian and North American tectonic plates meet. Namely, Reykjavik is on the North American plate, while, say, the eastern Höfn is on the Eurasian plate. That is why Iceland is geologically very young and volcanically very active.

On the way back to Reykjavik we also visit Kerið, a wonderful volcanic crater with a lake that reminds me a bit of our Red Lake near Imotski because of the red earth.

We take the “ring road” towards Höfn, 450 km away. Driving through Iceland is relaxed, driving in one lane and the maximum speed limit on the island is 90 km / h. The most common traffic sign is a warning to join lanes before bridges. Namely, the bridges are mostly single-lane, and Iceland is rich in water, so every now and then you cross a river or a small river. The landscape is constantly changing; from glacial caps over steep cliffs and glaciers to a valley of moss-covered with moss.

We come to the Seljalandsfoss waterfall which you notice already from a distant road. The water is pouring from about 60 meters and its beauty and strength are filled with awe. It is a special experience that you can walk behind the waterfall, which is definitely worth wet jackets and shoes.

We were also delighted by the beauty of Reynisfjara beach, which we watched from the Dyrhólaey area. It is unique because of the black sand and the legend according to which trolls once lived there trying to drag their boats into the sea, but they were caught by the rising sun and turned into rocks.

In the nearby village of Vika, which has only about 300 inhabitants, we drink coffee and continue our journey. The most common scene along the road are sheep, but also beautiful Icelandic horses.

the town of Vik

In the late afternoon we finally arrive in Höfn. It is a small town in the southeast of Iceland where we walk to the coast and enjoy the view over the Vatnajökull glacier and the sunset.

Vatnajökull Glacier dominates the entire southeastern part of Iceland and covers 8100 km² with an average ice thickness of 400-500 m. It was declared a national park in 2008 and some areas have been added, so today it is the largest national park in Western Europe with an impressive 13,600 km² ( 13% of Iceland). The Vatnajökull glacier under the ice has as many as seven active volcanoes, whose eruptions are not uncommon.

On the penultimate day of our stay, we were greeted by the most impressive Icelandic natural wonder that left us breathless; Jökulsárlón, a glacier lagoon. This attraction is located on the edge of the Vatnajökull glacier and is actually a lake surrounded by glaciers. The lake flows into the ocean and carries icebergs to the nearby beach, which is therefore called “Diamond Beach”. Icebergs are like little works of art. On average, they are 30 meters high, white, glacial blue, but also black, due to the remains of ash from ancient volcanic eruptions.

lagoon of the Jökulsárlón glacier

In these difficult times, we make the days easier by devising an itinerary of another, hopefully as soon as a possible trip, this time to the northwest of this fairytale country.

Dream now, travel soon is my motto these days! 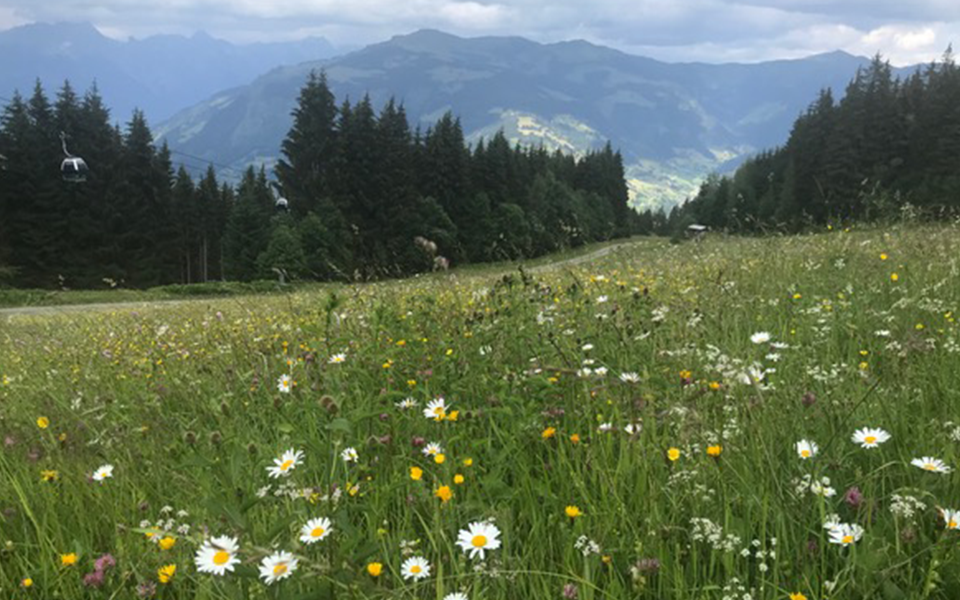 Austrian Alps and a lake for the perfect summer vacation

Mauritius – a paradise island in the middle of the Indian Ocean